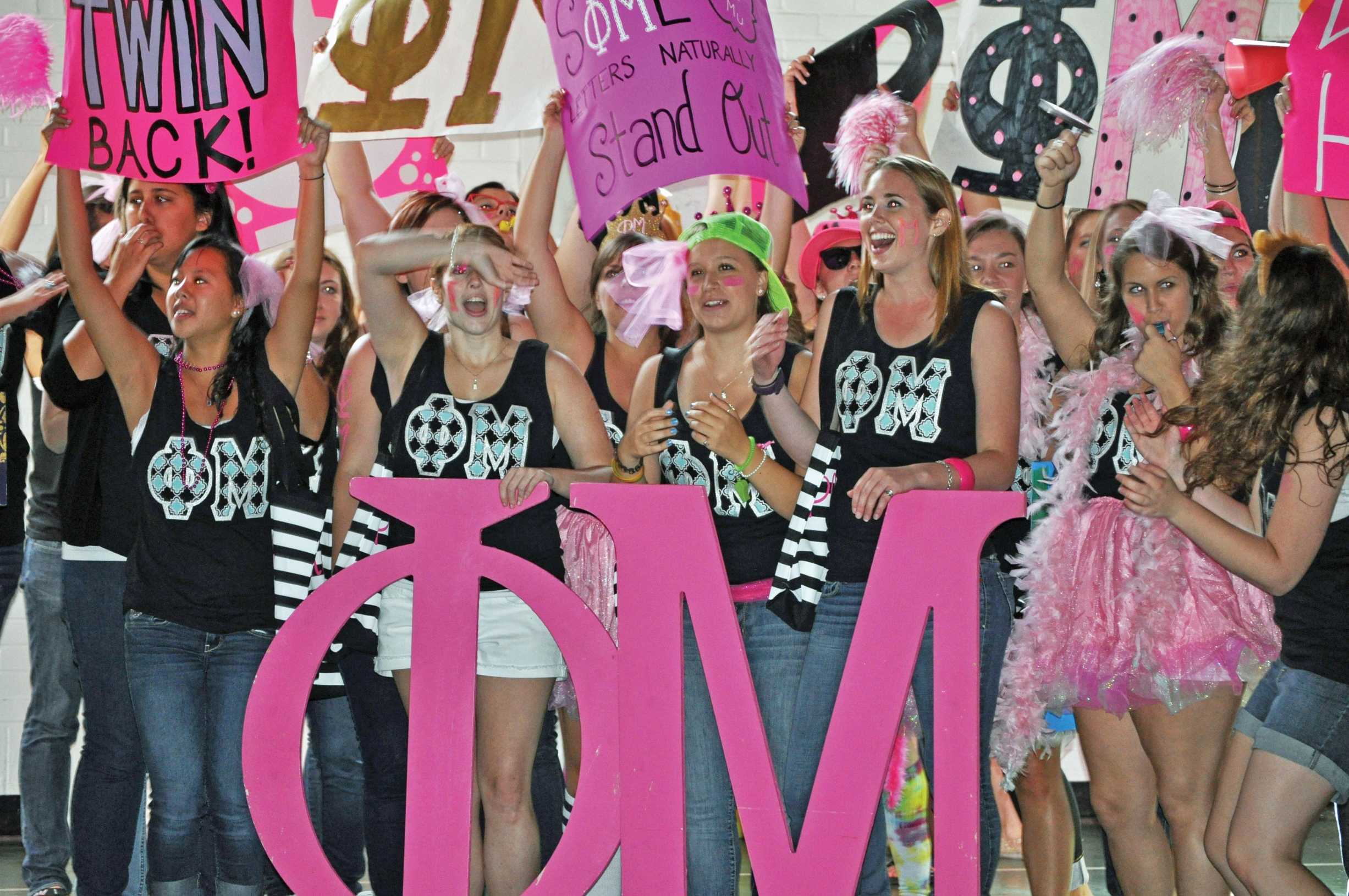 After three long nights of recruitment, meeting close to 300 women and learning about their sorority’s morals, values and philanthropies, the day was finally here. Approximately 720 women came together this past Sunday morning to celebrate a very special day. On this day, potential new members all sit in the Theatre in Sykes Student Union, where they anxiously await to find out which sorority they received a bid from. All of the Pi Chis, currently disaffiliated women who help potential new members through the process, lead their groups down to the purple gym where the sorority women anxiously await the new members’ arrival. Each sorority member shouts and cheers for the day to begin.

Once the event began on Sunday, Sept. 23rd, everyone quieted down to hear each lady’s name. They were called down from the bleachers, inside of the purple gym, to join a group one by one. After the whole group was called, Jessica Dixon, President of Pan-Hellenic Council, calls out “I present to you the lovely ladies of (which ever sorority they are joining)!” Each new member was then embraced by their new sisters and brought back to join the sorority’s group, given letters and goody bags.

The remaining unknown affiliation was of the Pi Chis’. The women stood in the middle of the gym all together and revealed a lettered shirt. The catch was that these letters were not their own. Shortly after each woman removed these letters, she revealed her true letters so that her sisters could run out to get her. Everyone cried with excitement for the sister they hadn’t been able to interact with since August. A photographer then took group pictures of all of the sorority women and new members in the middle of the gym. Standing before them were 720 strong women from eight different sororities with different morals and values, but one united Pan-Hellenic community.

Ilana Berger is a third-year student majoring in Psychology.  She can be reached at IB736696@wcupa.edu. 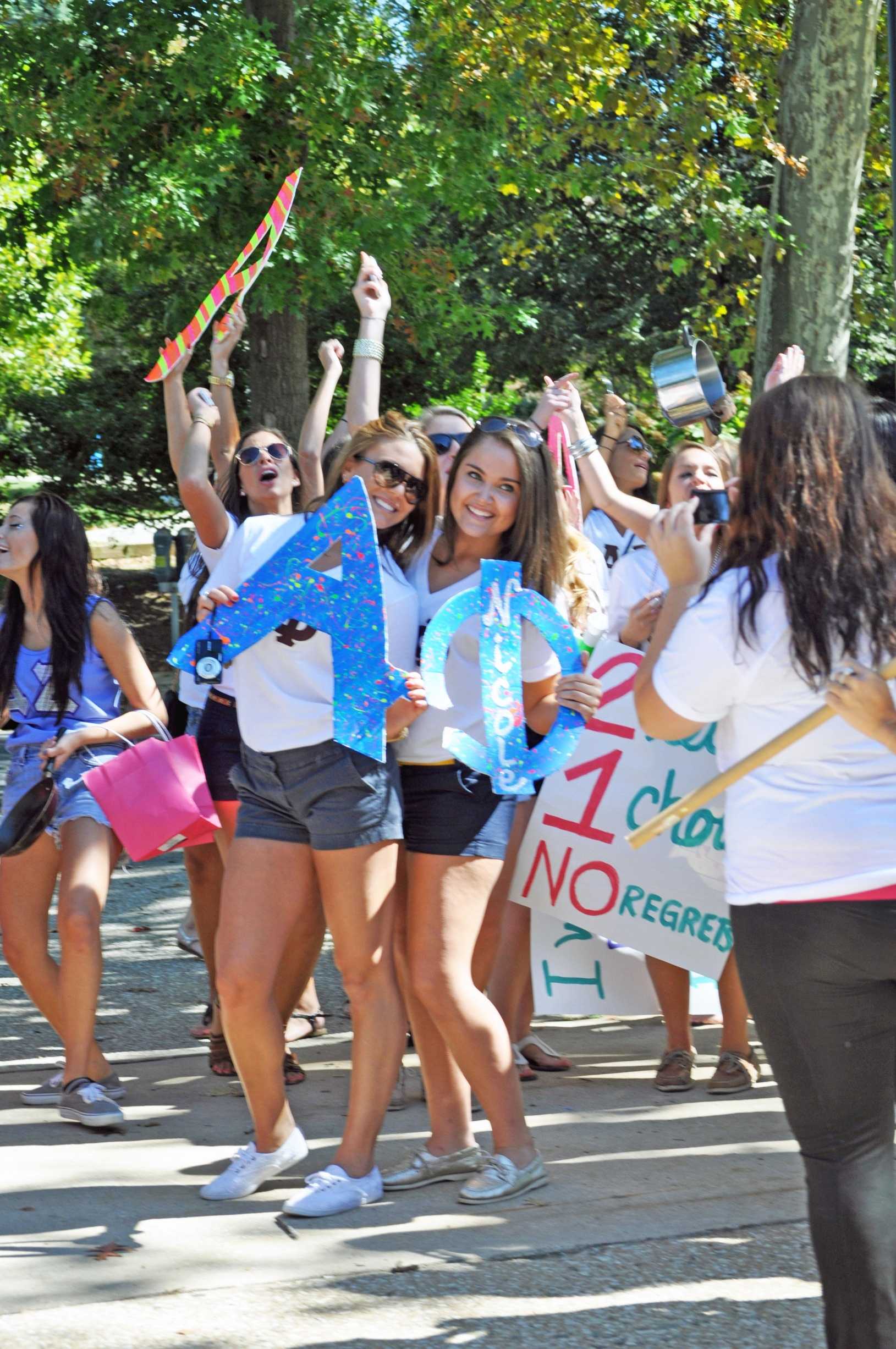 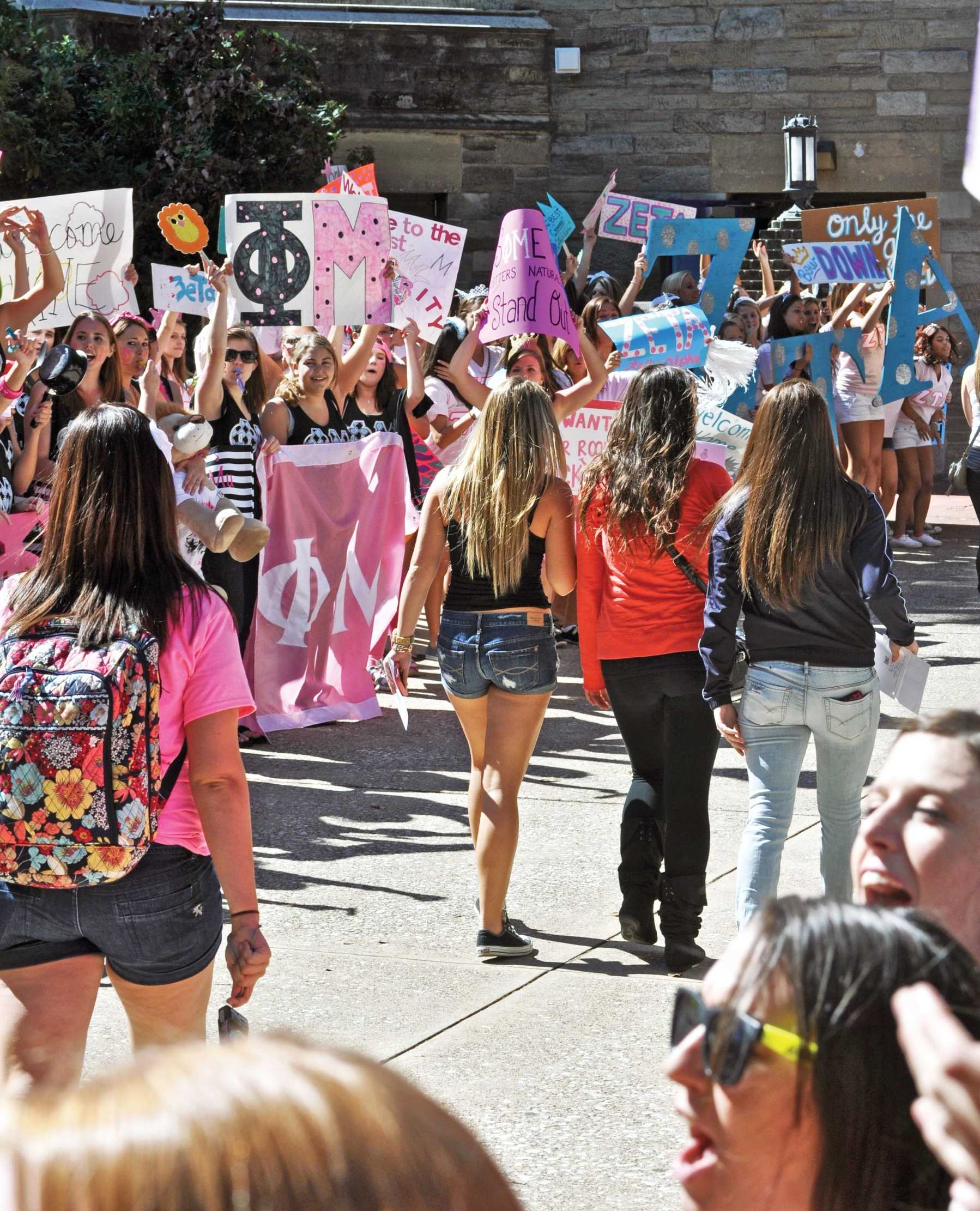 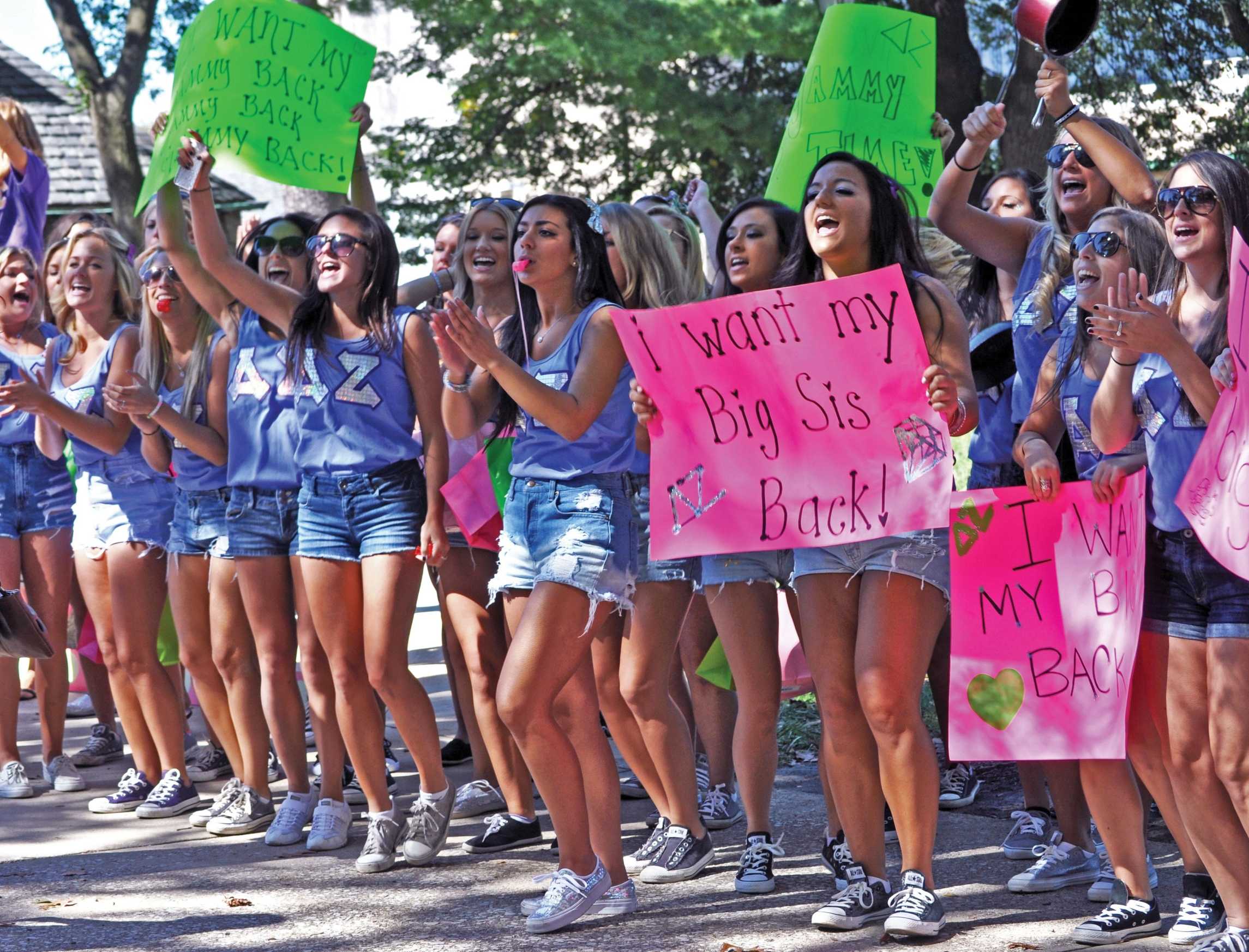 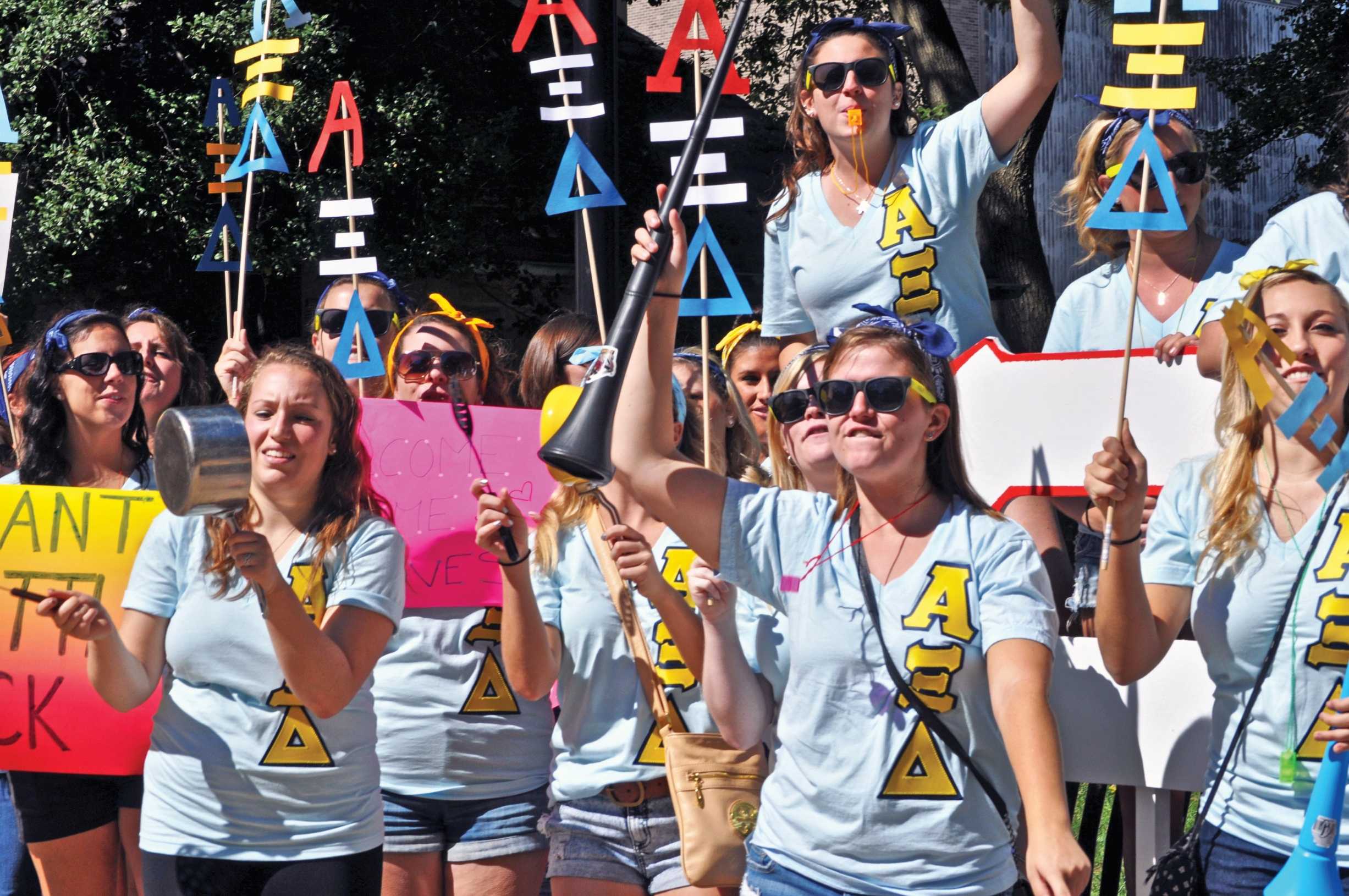