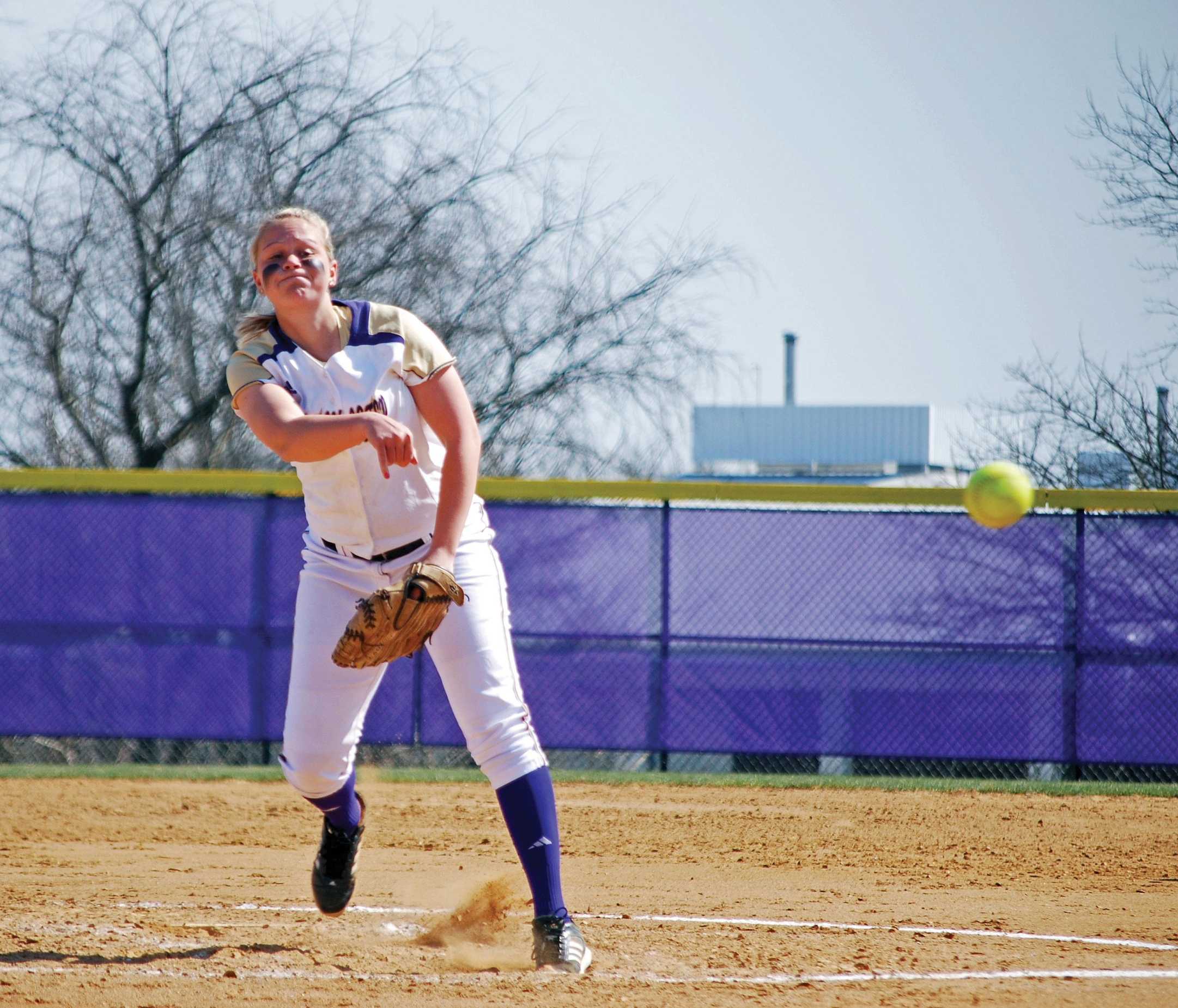 The Lady Rams will look to bounce back from their recent three game slide after winning seven in a row and nine out of their last 12 heading into conference play.

After arriving back from their Florida trip where they finished 6-2, West Chester (20-11) took part in the West Virginia Wesleyan Tournament where they played three games on March 16. After dropping the opener to Ohio Valley University (10-8), the Rams cruised past Bluefield State (1-18) 16-0 and capped the day off with a 3-0 victory versus Davis & Elkins College (7-8). Devon Utterback (10-3) and Kate Skokowski (8-7) combined to allow only five hits in the two wins, while striking out nine in complete game shutouts.

On March 19 West Chester traveled to Fayetteville State (10-26) for a doubleheader against the Broncos. In the opener, two doubles and an error for runs was all the cushion that Utterback needed in a 3-0 win. Utterback gave up just one hit while striking out eight batters.

In the nightcap, the Lady Rams plated nine runs on just eight hits while Skokowski went the complete game striking out five Broncos and allowing just one hit in the 9-0 triumph.

After 21 games the Lady Rams were finally able to hold a home contest on March 24 against Chestnut Hill (7-13). In the opener, it was first baseman Jillian Murray coming through in the clutch as she ripped an eighth inning double bringing home the tying and winning runs in Kelly Anderson and Ali Vavala. Murray was 2 for 4 on the day with three RBIs and rightfielder Anderson went 2 for three with two runs scored and a triple as the ladies were victorious 4-3.

The second game between the two teams saw West Chester overwhelm the visiting Griffins 10-0. The game was blown open in the second when the Rams pushed across eight runs in an inning where 13 ladies had an at-bat. Centerfielder Megan Kelly and leftfielder Vavala had identical stat lines, going 3-for-3 with two runs scored and an RBI. For the second game in a row, Skokowski allowed just one hit over her five innings of work, sending down six Griffins on strikes in the process.

West Chester kicked off its PSAC schedule by welcoming in the PSAC East preseason favorites Kutztown (11-15) on March 29. In the first game, the Lady Rams put up one in both the first and fourth innings to take a 2-0 lead. The Golden Bears finally got on the board when they plated four runs for a short-lived 4-2 advantage. In the bottom half, designated hitter Kim Murl and catcher Erin Quense both recorded RBI hits to tie it up at four, and third baseman Laura Altenburger cleared the bases with a grand slam, her first homer of the season. The Bears managed one run in the sixth as West Chester went on to win 8-5. Utterback pitched all seven innings spreading out 11 hits to go with four earned runs and six strikeouts.

In the second game, West Chester went ahead 2-1 in the fourth, but Kutztown responded with four runs in the fifth and then again in the seventh to cruise to the 9-3 victory. Skokowski struggled as she lasted 4/³ innings giving up 10 hits and five runs while walking one. In relief, Murl finished the game giving up four additional runs off seven hits. Offensively, the Lady Rams mustered only four hits and while those turned into three runs, they could not keep up with the offensive outburst of Kutztown.

In their first PSAC East road game on March 30, the ladies rode the arm of Utterback who continued to rack up the victories this time leading the Rams to the 6-0 victory over East Stroudsburg (13-10). West Chester scored in the top of the first and held a slim 1-0 lead until the fifth inning. They added an insurance run in the fifth and two more in both the sixth and seventh innings to put the game out of reach. Utterback gave up just four hits and two walks while sending down four Warriors in her seven innings of work. Five of the Rams’ six runs were scored off singles with Vavala leading the way going 2 for 4 with a run, an RBI and a triple, her first of the 2013 campaign.

In the nightcap, the Lady Rams fell behind early and were held scoreless until they pushed across three runs in the fifth to pull within one 4-3. The Warriors added an insurance run in the bottom of the sixth and go on to hand West Chester its eighth loss of the season, 5-3. Skokowski was pulled after three innings, allowing four runs on five hits. Utterback pitched for the second time in the day, finishing in relief of Skokowski. She gave up one run off two hits while striking out three batters. Vavala and Murray each went 2-for-3 with a walk, and Vavala scoring one of the Rams’ three runs.

On Tuesday, the Golden Rams were back home for a doubleheader against the visiting Tigers of Holy Family (11-11). A five-run fifth inning propelled West Chester to hold off the Tigers in an 8-6 victory. Utterback picked up the victory in five plus innings of work with Skokowski finishing the game off. It was the sixth straight start in which Utterback has picked up the victory. Second baseman Jessica Schuck and Altenburger drove in two runs apiece while registering extra base hits. Shortstop Jessica Norris went 3-for-3 with an RBI and run scored for the Rams.

In the second contest, the Lady Rams recorded seven hits, but were unable to turn them into runs as they fell 6-0. Kim Murl (2-1) picked up the loss in just her third start of the season. She lasted three and two-thirds giving up one run off six hits. Skokowski allowed five runs off eight hits in relief, pitching the final three plus innings. Altenburger went 2-for-3 with a double to lead the offense.

On Saturday, the Lady Rams welcomed in conference foe, Shippensburg (21-4) for an afternoon doubleheader. In the opener, the offense was no-hit by Raiders’ pitcher Emily Estep as the Rams fell 2-0. Utterback picked up the loss despite pitching all seven innings and only giving up just four hits. She sent down five Shippensburg batters but walked seven.

In the nightcap, West Chester was able to push across a couple of runs but came up just short as they fell 3-2 for their third consecutive loss. The Lady Rams responded from a pair of Raider runs in the second with one of their own and added another one in the fifth, but were unable to push the tying run across. Offensively, Quense led the way going 2-for-3 with a solo shot, her second of the season. Skokowski registered the loss in only one and two-thirds innings. She gave up two runs on three hits before being relieved by Utterback who pitched the remaining five-plus innings.

This week the ladies will be looking to put an end to their recent slide as they host six of their eight games. Monday the Hawks of Chowan (18-18) will be visiting for a doubleheader.  Conference foes Millersville (23-9) and Bloomsburg (17-7) will be coming to West Chester on Tuesday and Saturday with a road trip to Kutztown (14-16) sandwiched in between on Friday. All doubleheaders will begin at 2:30 p.m.