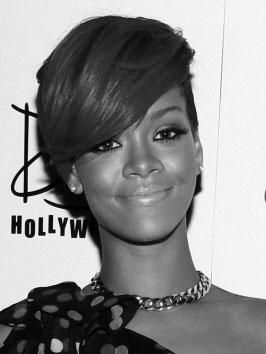 Move over Katy Perry, Rihanna, and Nicki Minaj. These vibrant celebrities, known for their outlandish styles, have all been seen sporting this seasons newest emerging trend… red, purple, blue, green, and pink hair.

Not the most conventional of hair styles, multi-colored hair has taken over the fashion world and has been spotted on celebrities and models in magazines like Harper’s Bazaar, Vogue, Glamour, and Allure for the past several months. New York Fashion Week’s most noticeable hair trend this year was multi-colored strands worn by models in various high-end clothes.

Peter Som’s Spring 2013 collection displayed models with different colored highlights, tips, and chunky pieces, to go with the fashion empire’s theme of “women on the verge.”

“The collection is all about an uptown/downtown clash- women who are a bit undone but still chic,” American fashion designer Peter Som said.

The fact that the fashion and entertainment industries have latched on to such an unconventional trend is no shocker. Yet, the bigger surprise is that these crazy, multi-colored hairstyles have caught on with the rest of society and are becoming more and more mainstream.

The fact is, in today’s society, multi-colored hair is no longer deemed as rebellious, but instead is a trend that is slowly emerging as a basic hairstyle that can truly suit anyone. Even the most wholesome celebrities, like Lauren Conrad, star of MTV’s The Hills, has been spotted with pink highlights over the last few months. This new wave of hair coloring is not just for the younger generations; even the famous Joan Rivers has tried out this trend by putting light pink highlights throughout her hair.

So why has this trend caught on so rapidly? Since Hollywood seems obsessed with this new-age hair-coloring trend, the general public finds any excuse to mirror their favorite celebrities and has begun to experiment with different hair colors. When walking around campus, in West Chester, the mall, or in Philadelphia, there are bound to be handfuls of people, mostly women, who are testing out various colors for their hair.

Although in the past couple of seasons, ombre hair, which is when the hair is darker at the top and becomes gradually lighter towards the ends, became a popular trend among Hollywood, it seems as though bright, multi-colored hair has replaced the trend. So what will the hair and style trends consist of for next season? Society has taken a liking to edgy and unconventional looks, so within the proceeding months expect loads of multi-colored styles and not-so-typical trends within the hair and fashion industries.

Eryn Aiello is a fourth-year student majoring in communication studies with a minor in journalism.  She can be reached at EA694104@wcupa.edu.