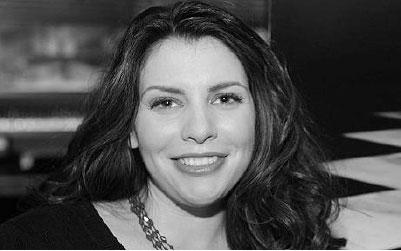 In “Breaking Dawn Part 1,” audiences witnessed a beautiful wedding, and an even better honeymoon. Everything was perfect until Bella got pregnant and the local werewolves declared war on the Cullens. Oh, and Bella almost died…several times. It seems that carrying a half-vampire, half-human fetus is a little trickier than a normal pregnancy. Every time the baby kicked, Bella broke a rib or punctured a lung. Also, the baby did not like human food. It wanted blood, so Bella drank blood. The blood made the baby stronger, which caused Bella to go into labor.

The process was scary and bloody. The Cullens researched ancient stories which said that the vampire fetus would eat its way out of the womb. However, they could not let that happen because it would kill Bella. The baby had already caused Bella’s spine to snap, so she was in a delicate condition.  Edward sliced open her stomach with his fangs and performed a c-section to get the baby out. He then bit Bella, which saved her life. She became a vampire and mother to a girl, Renesmee.

In “Breaking Dawn Part 2,” the Cullens will find themselves in the middle of more drama. They will be dragged into another  war, but this time it will be against their own kind: vampires. These enemies are not just any vampires, though. This clan goes by the name of Volturi.

This powerful clan is after the Cullens because they believe the Cullens have broken the most sacred vampire law. The Volturi were tipped off that the Cullens had created a vampire child. This law is especially important because children who have been bitten and turned into a vampire are dangerous. They are beautiful children with a ravenous thirst for blood and superhuman strength. They are deadly, and have destroyed entire villages in the past. The punishment for creating a vampire child is death.

However, the Cullens did not create a vampire child. Bella and Edward’s child, Renesmee, was born, not bitten. She possesses the same qualities as a vampire child, like her beauty, speed, strength, and her special talent. The one thing that sets her apart from vampire children is that she can grow. Vampire children, like vampires, are frozen in time and do not age.

The Cullens have little time to act. They know they must invite other vampire clans to witness Renesmee growing so they will be able to stand up to the Volturi.

Unfortunately, these other vampires are not like the Cullens. The Cullens only drink the blood of animals and jokingly refer to themselves as “vegetarians.” However, these new vampires drink human blood, which upsets the werewolves. The werewolves’ duty is to protect the people of Forks from vampires. However, the werewolves cannot hurt the newcomers because Jacob imprinted on Renesemee, and they are now obligated to protect her.

Imprinting is an natural instinct for animals. It could be described as love at first sight. Animals will do anything for the girl or the woman upon whom they imprint. They will be anything for them: a brother, a protector, a friend, or a lover. Jacob knows where he stands with Renesmee and he will protect her against anything, even a war.

Taylor Lautner, who plays Jacob, says he had trouble with imprinting because it is such a complicated concept. However, Stephenie Meyer, the author of the “Twilight” series was on set during the entire process to help him.

“Breaking Dawn Part 2” is the last installment in the franchise. It comes out on Nov. 16.  The movie is based on Meyer’s novel “Breaking Dawn.” Bill Condon is the returning director, and Mellisa Rosenberg is the screenwriter. Rosenberg has been the screenwriter for all of the “Twilight” films and this is Condon’s second time directing for “Twilight.”

Condon and Rosenberg have made some major changes with this film, some of which might upset Twi-hards. The most dramatic change will be the ending. They have decided to create their own ending.

Kristen Stewart, who plays Bella, spilled the beans on the Today Show: “It’s so shocking, to be honest… Every time I see it or think about it, I get, like, giddy. It freaks me out,” she said about the new ending.

Robert Pattinson, who plays Edward Cullen, spoke with Ellen Degeneres about the new ending on her talk show. He told fans that it is not a change that will make fans angry or upset. “I don’t think fans will be upset because we don’t change anything,” he says. “The books are their baby, so we can’t touch it too much. But it’s fun, and there definitely is a twist,” he said.

Liz Thompson is a fourth-year student majoring in communication studies and minoring in journalism. She can be reached at ET715984@wcupa.edu.