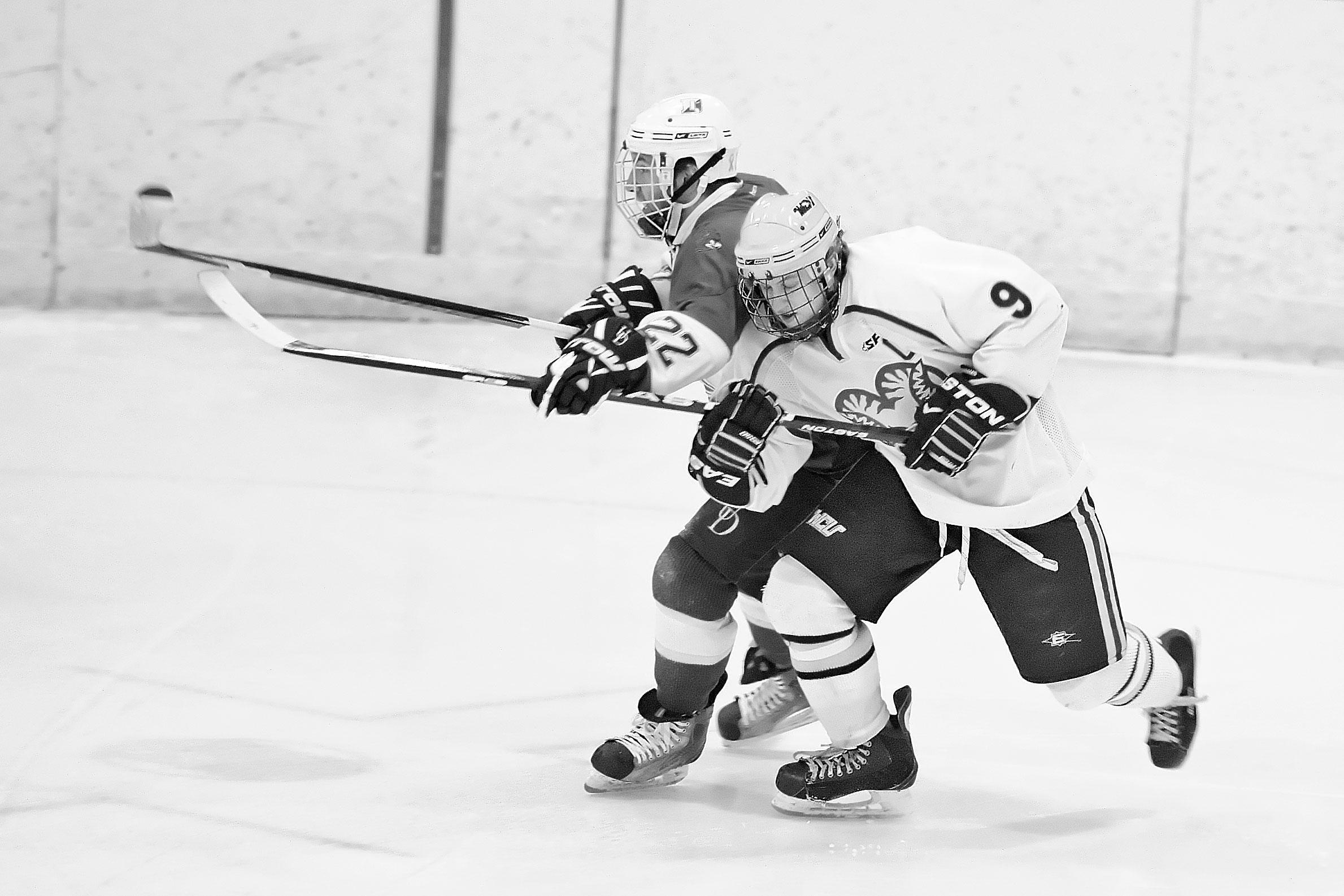 This year, they will look to a sound group of veterans, young talent, and a new coach to help complete the turnaround and make a run at Nationals.

The Rams lost only two players to graduation at the end of last season-Bob McInerney and Brian Ruskowski-and Matt Feeney chose not to return. Despite the presence that these three were defensively, there has been no worry about guys being able to step up on the back end.

The 6-foot-2, 220-pound Jeff Dugan anchors a revamped defense corps, joined again by Mike Ahle, the offensively skilled defender who put up 20 points last season. Sophomore Billy Pellegrino will likely see a lot of ice time as well, as he proved he could handle the duties last season.

“Over the course of last year [coach] Dorsey gained a lot of trust in him on the ice,” junior forward Matt Sklodowski said. “He has a year under his belt and he has a lot of good playing experience.”

Some other returning defenseman include Ted Case and Scott Musser, who played in 19 and 14 games last year, respectively.

One “new” player who is not all that new is Gordon Nicholson, who played here during the 2010-11 season. At 6-foot-1 and 200 pounds, Nicholson is one of the bigger defensman on the team, but that is not all he brings to the table.

“Gordo is one of the most solid sound positioned defenseman I’ve ever played with,” Sklodowski said. I think we’re going to be pretty set on defense.”

The other rookies on the back end are freshmen Kevin Lewis, Alec Davidson and Trey Munice, who have all been impressive in the pres-season according to head coach Mark Gonsalves.

As forwards go, there are a lot of familiar faces. Senior captain Steve Meade will return for his fourth and final year, coming off of an incredible season, in which he led the team with 25 goals and 48 points, and was tied for first with 23 assists. Meade is not new to captaincy, as he took over for the injured Tom Scocozza last year, and he is well respected amongst the group.

“I think he is a great guy to have as a captain and a leader,” junior goalie Randy Japchen said.  “He’s really what we need. He skates hard everytime he is out on the ice, he leads us off the ice and he finds a way to bury the puck too. By all means, he is absolutely our captain.”

Meade also takes a lot of pride in his position, and accepts the responsibility with a cool attitude.

“I am not the type of guy that is going to call people out when they make a mistake, as long as it isn’t repetitive,” Meade said. “I try and lead by example, and teach guys things along the way that way. I’m always willing to do anything the team needs.”
Joining Meade as the senior-most forwards are Tim Higgins, Tim Margadonna, Mike Kozza and Adam Ball.

Higgins is coming off of a solid year with 11 goals and 21 points in 29 games, and is expected to put up similar, if not better numbers this year. He is one of the most powerful forwards on the team and is careful with protecting the puck.

Margadonna is one of the more physical players, and throughout his years at West Chester he has matured. He fits right into the rough, “bang-em” brand of hockey Gonsalves is looking for.

“He’s a power forward who will get you some points but he likes to throw the body,” Gonsalves said. “I think Margadonna has grown a lot. He’s not as undisciplined as he was earlier [in his career].”

Kozza and Ball, despite only putting up five and six points last season, are offensive depth pieces and are extreme threats on the ice.

Two other returning forwards who will contribute greatly to the offensive production are Chris Gentile and Harrison Welch. Gentile played a limited season last year due to shoulder injuries, but still managed 28 points. He is one of the fastest skaters on the team and has an uncanny ability to find the net. Welch is a bit different; his ability is being able to find the open man. He scored just seven goals last year but tied for the team lead with 23 assists.

Jimmy McKee, who stood out on the penalty kill last year, will certainly see some ice time as well. He is sturdy, has some offensive touch, and gets in the way of shots, very similarly to the way Ruskowski played.

Sklodowski also adds tremendous size and strength, and has proven that he can score when called upon as well.

In the crease, there are only returning players, with the exception of Michael Hanson who previously played on the D-III team and was moved up. Randy Japchen will be the starting goaltender for the second straight year, with veteran Will Parra backing him up. Though Japchen had a solid year last year, he feels he is in better shape this time around.

“Last year I came in a little bit heavy because I did a lot of weight training over that summer to build size and strength but this past summer I just tried specifically building strength so I came in probabaly 10-15 pounds lighter than last year. You notice the benefits as soon as you step on the ice, you can move a lot faster side to side,” Japchen said.

The other big change came in the coaching department, where Mark Gonsalves, who returns to the Rams after a two-year stint with Downingtown West, will take over for Shawn Dorsey, who is no longer with the team.

Gonsalves has already made it clear what he wants of his players.

“He has already instilled in us a sense of  going hard no matter what,” Japchen said. A lot of the practices we’ve had the past two weeks have been high tempo, with guys throwing the body around.”

West Chester kicks off its season Friday evening against Syracuse, and will play them again Saturday afternoon. It will be the beginning of the journey to a common goal for the coaches and players alike.

“Our goal is to be No. 1,” Gonsalves said.  “To grow as a team, play the best hockey we can play and get back to the big dance: nationals.”

“We have no excuse not to go deep this year,” Sklodowski added. “This is a big year for us.”

*Full roster will be available at wcuhockey.com this week