No. 2 WCU captures PSAC East crown with win over Kutztown 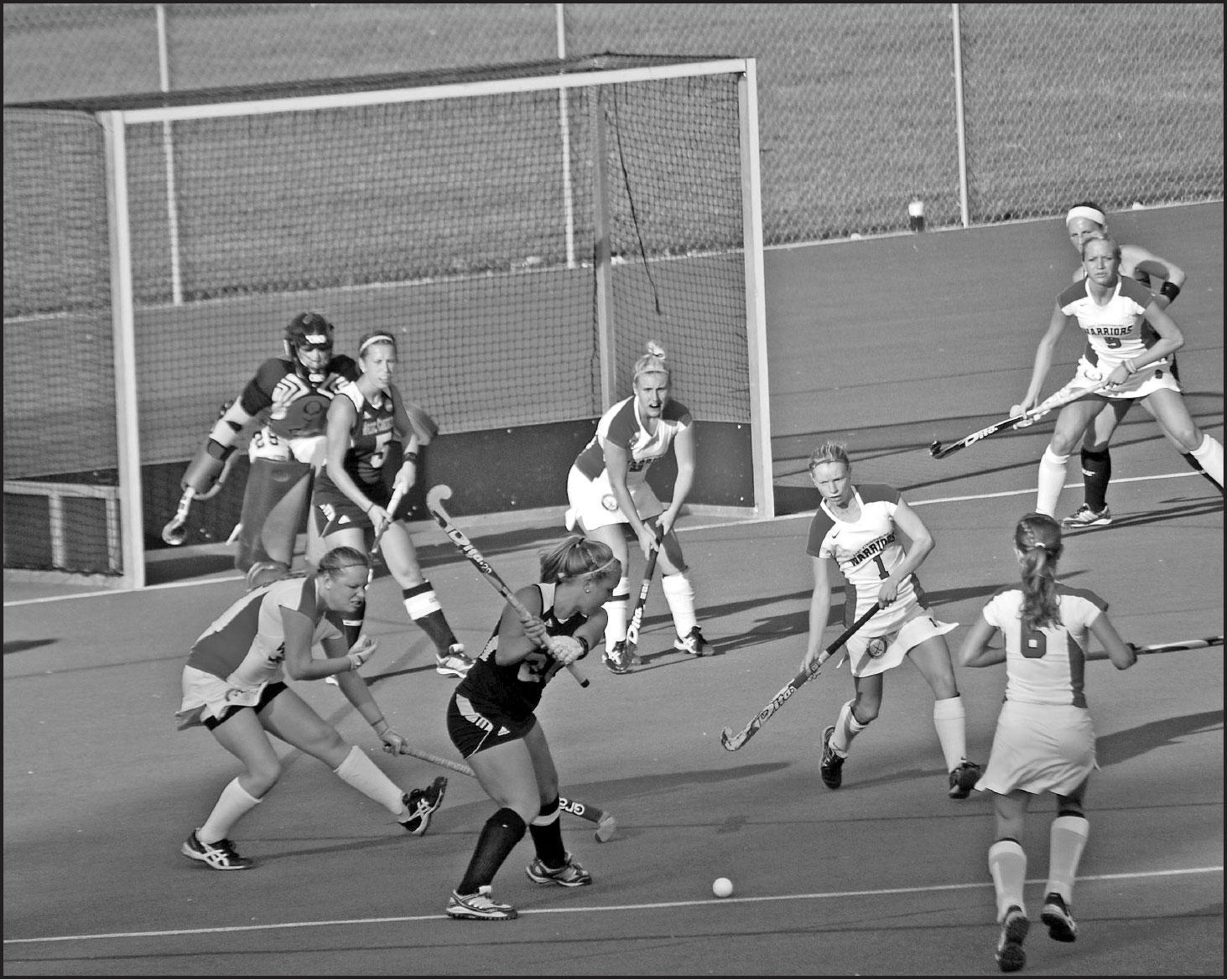 The West Chester Golden Rams wrapped up their season with a victory over the visiting Kutztown Golden Bears, earning them the PSAC Eastern Division championship.

The Rams won 4-0 recording their ninth shutout of the season, giving them their 15th win.  Despite clinching part of the division title earlier in the week, the Rams secured sole possession of first place in the PSAC Eastern division Saturday with the win.

Megan Callanan began the scoring only two minutes into the game, giving the Rams the 1-0 lead on a rebound smashed past the goalie.  Michele Schrift followed suit moments later off of an assist from teammate Kelsi Lykens, extending their lead to 2-0.

West Chester dominated much of the first half, outshooting the Golden Bears an astounding 13-2.  West Chester carried a 2-0 lead into the half, comfortably in the lead.

Only 10 minutes into the second half, Callanan scored her second goal of the game, giving WCU a 3-0 advantage.  Callanan finished with two goals and an assist on the day.

Kelsey Cheek tacked on an insurance goal late in the second half, extending the Ram’s lead 4-0, securing their victory and the PSAC East Championship.

Winning the division title is a first for West Chester.  The Rams finished second in a competitive PSAC East only a year ago, but still managed to make it to the national championship.

Earlier in the week, the Rams defeated Ursinus 7-1.  Despite going down early, the Golden Rams ripped off seven straight goals, more than enough to give them their 13th win of the season.

Schrift scored her 16th team-leading goal of the season, as the Rams poured it on early, scoring five goals in the first half. Carly Buckwalter and Nancy Stehman tacked on two more goals in the first few minutes of the second half, solidifying a convincing 7-1 victory.

West Chester also defeated PSAC East foe East Stroudsburg by an impressive 5-0 score. Schrift continued her offensive outburst tacking on two goals in the victory.  The first came only four minutes into the game, giving the Rams a 1-0 lead.
Kayla Gluchowski and Lykens each scored to stretch the lead to 3-0 before Schrift scored her second, and then Stehman put the nail in the coffin as she scored her fourth goal of the year.

WCU heads into the playoffs playing some of the best field hockey of the season, in the midst of a five game winning streak, winning 14 of the last 15 games.

Locking up the No. 1 seed earns the Golden Rams home field advantage throughout the playoffs, as they will be held at Vonnie Gros Field. It also earned them a bye to the PSAC semifinals, which will take place on Oct. 26.