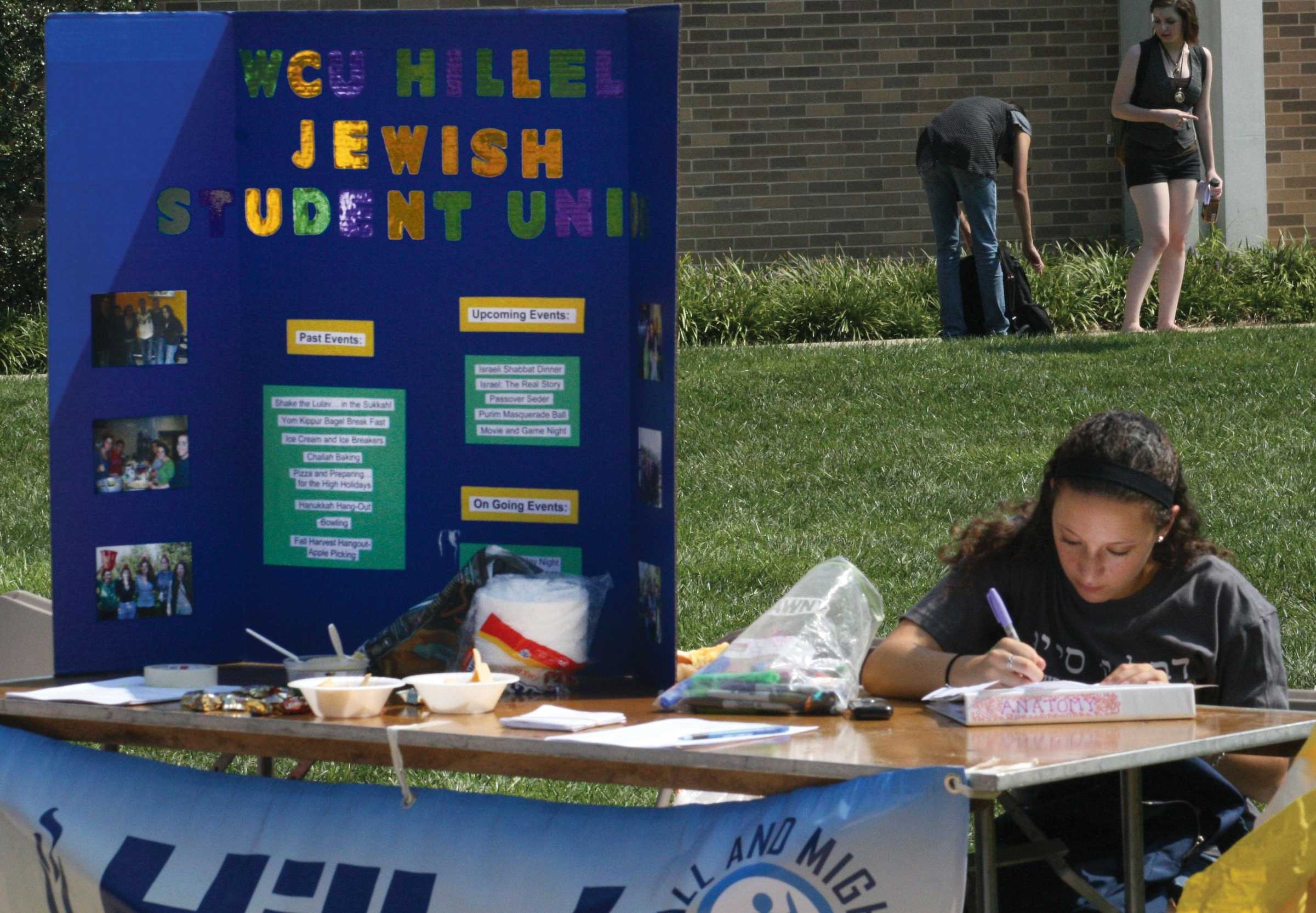 “We estimate somewhere around 4,000 students coming through,” said Lacey. “Right now [at 1:00] there are 700 students walking through, and that’s just at this time.”

If students are interested in becoming a member of the WCU chapter of Invisible Children, the organization has meetings every Monday in Sykes Student Union at 7 p.m., or students can email them at invisiblechildrenwcu@gmail.com to get on the mailing list.

Another organization at the Involvement Fair was the Student Government Association, also known as SGA. SGA oversees all organizations on campus, according to Michelle Strausbaugh, SGA President.
“We are here for the students if they need help with anything at all, and today we’ve taken any suggestions they may have,” said Strausbaugh.

The Involvement Fair was surely a success, even if we only take these two organizations into consideration. When asked if they have received many new signups, SGA President Strausbaugh responded “without a doubt,” and Invisible Children President Parks excitedly showed three pages full of names.

However, since the Involvement Fair is really for the students rather than the organizations, the students clearly thought highly of it, as well.

“The school I went to before this didn’t have anything like this,” said transfer student Jasmine Harbold. “I signed up for more information from five different organizations.”

If there are any students who missed the Involvement Fair, the best way for them to get involved is to create an account on OrgSync if they do not already have one. Students can do this by going to orgsync.com/login/west-chester-university-of-pennsylvania and selecting the “Register Now” option. There are over 250 organizations linked to West Chester University’s OrgSync, and no doubt each and every one of them would happily receive new members.