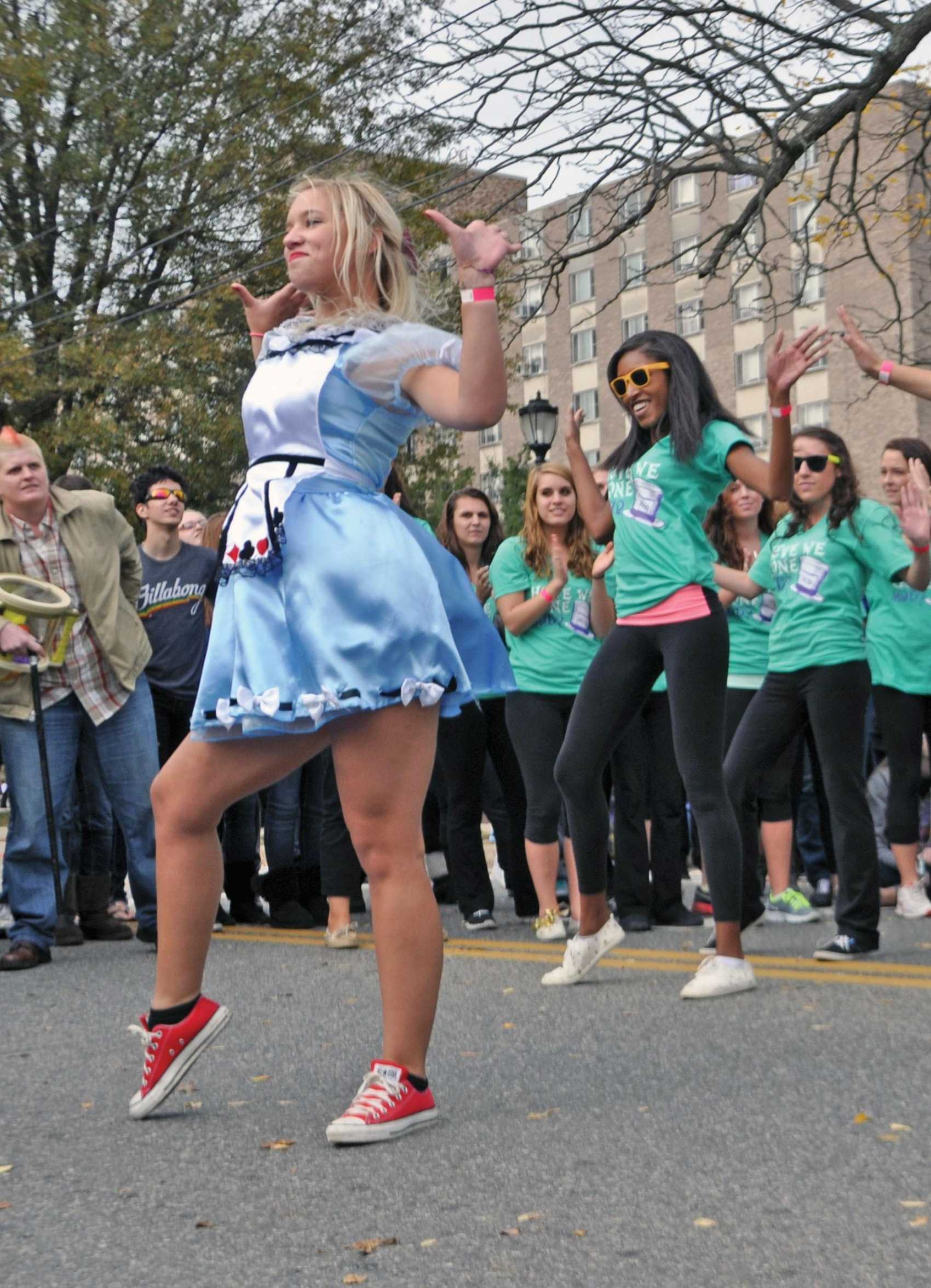 West Chester University’s Homecoming 2012 kicked off with the annual parade at 10 a.m. on Rosedale Ave. and Church St. The theme this year was “Once Upon a Ram.” The parade featured a selection of Disney music and colorful costumes. The doors to the new Student Recreation Center also opened at this time for tours until 7 p.m., to the delight of parents and Alumni who came to participate in Homecoming.

The West Chester Rams’ football game began at 2 p.m. at Farrell Stadium against Shippensburg. While the team had a good start, 21-0, Shippensburg came back in the second half and defeated the Golden Rams.

The WCU stands were full of eager supporters for the Rams, with some people also sitting on the lawns surrounding the football field. The game was free for WCU students, $5 for students, and $10 for adults. There were also fresh hotdogs, burgers, pretzels, and soft drinks for sale throughout the game.

The halftime show featured the Incomparable Gold Rams Marching Band. The band marched in synchronization with the color guard dancing and waving gold and auburn flags around them. At the end of the performance, the color guard lifted gold flags in the shape of flames, and the crowd applauded. After the game, there was an encore performance, and Shippensburg had their marching band perform as well.

Regardless of the football loss, the WCU students, Alumni, family, and friends showed their school spirit throughout the day. People were all over campus and town dressed in purple and gold, well into the night. Homecoming king, Muhammad, stated that “It was the most exciting and lively Homecoming that I have seen since I have been here.”

Colleen Cummings is a second-year student majoring in English She can be reached at CC763510@wcupa.edu.